From Dream to Reality: The Making of Reverie 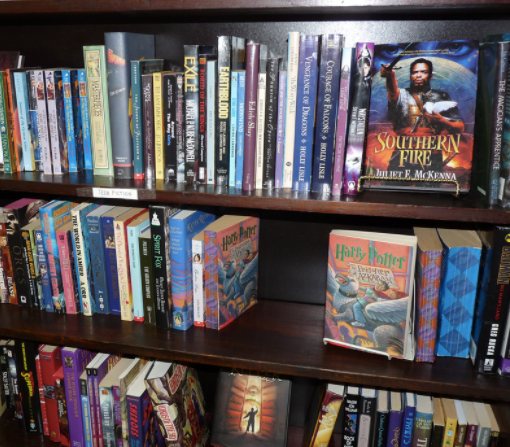 I was perusing the Barnes and Noble at Union Square, one of my favorite bookstores to explore in NYC, when I received a call from a friend…well, more of a brother, really. “What are you up to?” he asked. I told him I was staring at covers in the YA Fiction section. “I always wondered why you never wrote one of those before,” he continued. He took my lack of a convincing response as an opportunity for a challenge. “By the next time I talk to you, I want you to have a concept for a teen fantasy novel, dude.” I couldn’t say “no” to family.

Flash forward a month and I’m talking to him once again. I tell him I’ve got a concept. And beyond that, I’ve just finished the fourteenth chapter and have fallen in love with the characters, excited to see what sort of trouble they get into next.

Reverie was born of all the things that formed the foundation of my relationship with my friend/bro. In college, we would spend hours at night, at a diner or on the road, discussing the possibilities and the magic of life; how beneath every inch of physical, there was something metaphysical that drives and guides, teaches and inspires. Naturally, this led to talk of dreams and the power of fears, desires, and the chasm that exists between who we are and who we could be. Claire, Victor, Jack, and the rest offer the different ways in which our dreams manifest and those differences will only deepen in following books in this four-part series.

The first draft was the most exciting to me. All that possibility and uncharted territory nestled in every page. As I completed each chapter I would send it to one of my best friends and we’d discuss. From those discussions more possibilities would arise; the scope would widen. And when I reached the end, I handed it off to my mom to bless with the gift of eagle-eyed proofreading.

At about the third draft, I did a short thirty-book run for the purpose of handing out to friends, friends of friends, and real life young adults…people I knew would have honest and valuable opinions on the otherworldly tale. I designed a cover using a few stock photos and my semi-competent Photoshop skills. 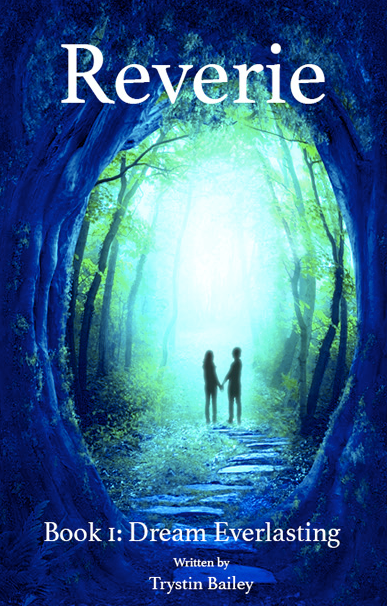 The feedback was bountiful and helped birth a few more drafts. It was time to take it to the next level. I researched and found a wonderful editor, Steve Parolini, who tore Reverie to SHREDS and made me rethink every decision I’d ever made in my life. But damn was he good.

The licking of my wounds took the form of writing the first two drafts of the second book, Cosmos. I needed some time and space away from Reverie before I dove into the mighty undertaking of those major edits and writing Cosmos was the perfect way to reconnect and reignite my love of these characters. It was about a year before I returned to Reverie and, with the help of an editor and Leigh, a pro-proofreader/friend of mine, whipped out the final drafts. During this time, I also met a fantastic cover illustrator and superb collaborator who designed the cover we have today. 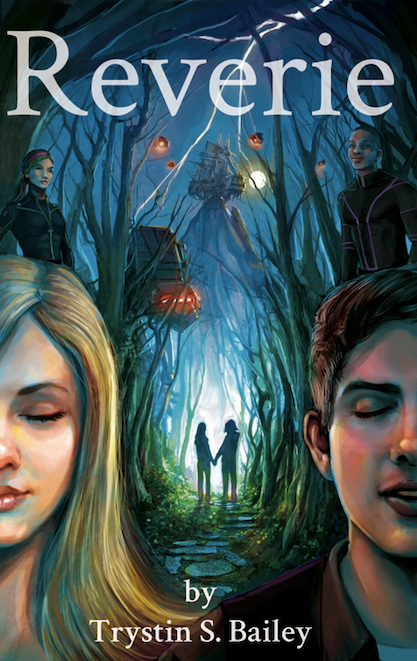 As with the first draft, I gave the final one to my mom for one final edit sweep before initiating the self-publishing process through Createspace. Now, after three years, you can buy a print copy of Reverie. Kindle (and other ebook options) coming soon.

Even though the journey is just beginning with the Reverie series, it’s been a dream come true.